Saddle up, folks: We’re going to back to Westeros.

HBO announced the official premiere date of the “Game of Thrones” prequel, call “House of the Dragon,” in March. Alongside the announcement came preview photos of the highly anticipated drama’s cast, as well as hints at what to expect from the series.

Set 200 years before the events of “Game of Thrones,” which concluded in 2019, “House of the Dragon” won’t mention Danaerys Targaryen and her burning of King’s Landing — but it will feature her ancestors.

The ten-episode prequel series will take viewers back to the Targaryen’s world, full of prophetic scrolls, fire-breathing dragons, platinum blonde hair, and something called “Targaryen madness.”

The announcement means fans will have to endure several months before the series hits screens. In the mean time, we’ll be here with all of the updates. Read on for “House of the Dragon,” explained.

‘House of the Dragon’ will premiere in August 2022

The first episode of the “House of the Dragon” series is coming to HBO and HBO Max on Sunday, August 21. The series began production last April, per a Tweet.

The show will have new creators

“Game of Thrones” co-creators D.B. Weiss and David Benioff are not involved with the prequel series, the duo confirmed to Entertainment Weekly.

Instead, “House of the Dragons” was created by George R. R. Martin and Ryan Condal, with Condol and Miguel Sapochnik serving as showrunners.

The ‘Game of Thrones’ prequel will be about the Targaryen dynasty

On its official site, HBO explained that the new series will chronicle House Targaryen two centuries before the fall of their throne.

For eight seasons, fans of “Game of Thrones” received brief glimpses into Targaryen history, mostly through Danaerys’ story. Now, viewers can see what Westeros was like when dragons were in the sky and Targaryens were on the throne.

‘House of the Dragon’ is based on a book by George R. R. Martin, which previews the plot

According to HBO, the new series “House of the Dragon” is based on the George R.R. Martin book “Fire & Blood,” published in 2018.

“Fire & Blood” is the 800-page chronicle of the Dance of the Dragons, or the official term for the Targaryen war of succession, during which Aegon II and his half-sister Rhaenyra fight over their father Viserys I’s throne — and get all of Westeros involved.

The book’s official synopsis sets the scene for the show: “Centuries before the events of ‘A Game of Thrones,’ House Targaryen — the only family of dragonlords to survive the Doom of Valyria — took up residence on Dragonstone. ‘Fire & Blood‘ begins their tale with the legendary Aegon the Conqueror, creator of the Iron Throne, and goes on to recount the generations of Targaryens who fought to hold that iconic seat, all the way up to the civil war that nearly tore their dynasty apart.”

Essentially, the television series will lay out the history of the House Targaryen. In doing so, “House of the Dragon” will answer some questions from the lingering show. The book’s synopsis lists some: “What really happened during the Dance of the Dragons? Why was it so deadly to visit Valyria after the Doom? What were Maegor the Cruel’s worst crimes?”

In keeping with the approach of its predecessor, “House of the Dragon” will have a sprawling cast and a new set of intricate relationships to follow.

The show’s current main cast includes Paddy Considine of “Informer” and “The Third Day” as King Viserys Targaryen, chosen by the lords of Westeros to take on the throne and replace the Old King, his grandfather Jaehaerys Targaryen.

Emmy D’Arcy (“Wanderlust”) will play Princess Rhaenrya. King Visery I breaks the line of succession by naming Rhaenrya heir to the throne. During the Dance of the Dragons, Rhaenrya battles her half-brother, Aegon II.

Matt Smith of “The Crown” and “Doctor Who” will take on the role of Prince Daemon, Viserys’ younger brother. HBO describes him as a “peerless warrior and a dragonrider.”

Rhys Ifans will play Otto Hightower, the hand of the king. He perceives Daemon, Viserys’ brother, as “greatest threat to the realm,” per HBO.

Steve Toussaint will play Lord Corlys Velaryon, nicknamed “the Sea Snake” for his nautical adventuring. As lord of House Velaryon, he is even richer than the Lannisters in “Game of Thrones.”

Sonoya Mizuno will play Mysaria, a former slave. Now free, she is a champion and ally of Prince Daemon.

Other characters to look out for include:

Notably missing from the cast list is Aegon II, a character who plays a major role in Martin’s “Fire & Blood.” That said, the official list of characters also includes mention of Lannisters.

Boston gets billions in home loans, but white areas get 'much bigger piece of the pie'

Wed Apr 13 , 2022
Homeownership is the primary way most Americans build wealth. And for most people, buying a home doesn’t happen without a mortgage loan. Altogether, home loans amount to billions of dollars flowing into Boston every year. But this infusion of money doesn’t reach all parts of the city equally. A WBUR analysis […] 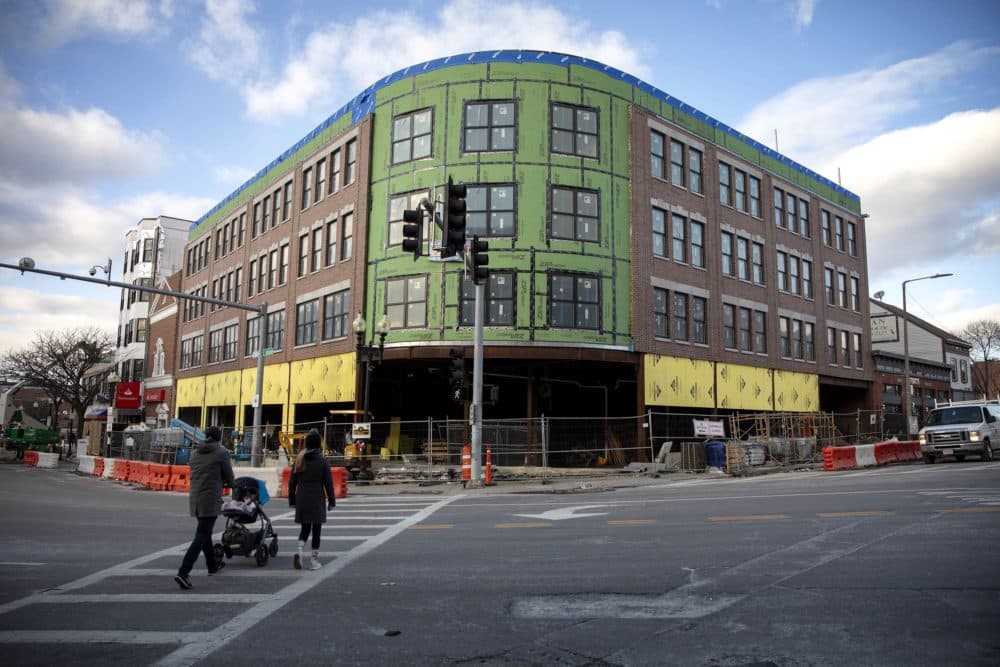