WICHITA FALLS (KFDX/KJTL) — A man has bonded out of jail after police said he had taken 8 shots of tequila before he crashed into a house, then left the scene and crashed into a telephone pole.

Robert Brian Rodriguez was booked into the Wichita County Jail on Monday, June 20, 2022, after a brief hospital visit due to abdominal pain and being involved in an accident.

Rodriguez is charged with Driving While Intoxicated Enhanced and Duty on Striking Structure, Fixture or Highway Landscaping.

Rodriguez’ bonds totaled $2,500, which he met prior to being released on Monday, June 20.

According to the arrest affidavits, officers with the Wichita Falls Police Department were dispatched to the area of Maplewood Avenue and Chase Drive in reference to an injury accident.

Authorities said call notes indicated a vehicle had just struck a house in the 2700 block of Chase Drive.

Call notes also indicated the same vehicle, a white Ford F-150, had then struck a telephone pole in the 4800 block of Maplewood Avenue.

Responding officers said they observed the truck on Maplewood, and the telephone pole had been severed with the upper portion resting on the truck. Officers said the truck was still running when they arrived on the scene.

According to the affidavit, Rodriguez was the driver and sole occupant of the vehicle.

One responding officer spoke with a witness on the scene who had followed the truck after it struck a home on Chase Drive. When that officer arrived at that house, he noted a large section of the front of the house was severely damaged.

The affidavit said the officer observed exterior brick had collapsed, interior studs and drywall were damaged, and said he could see inside of the residence from the outside through the damaged area. The officer noted the damage estimate was significantly more than $200.

The officer who remained on the scene said he approached the vehicle and made contact with Rodriguez after the vehicle was turned off and the keys were removed from the ignition.

According to the affidavit, the officer said Rodriguez told him he had consumed eight shots of tequila within one hour just prior to the accident.

While attempting to perform a standard field sobriety test, the officer said Rodriguez was unable to stand alone and began complaining of abdominal and leg pain. The officer then called AMR to the scene.

Rodriguez was transported to United Regional for treatment. While there, he consented to a blood sample draw and signed a consent form. Police said he was then transported to the Wichita County Jail without incident.

The charge against Rodriguez was enhanced after a records check revealed a DUI arrest out of Stockton, California in November 2009.

Tue Jun 21 , 2022
White Home push secretary Karine Jean-Pierre, who took around as President Joe Biden’s chief spokesperson just in excess of a few weeks in the past, instructed ABC’s “Good Early morning The united states” on Tuesday that Biden is “very inspired” by gun security negotiations in Congress as lawmakers urgently try […] 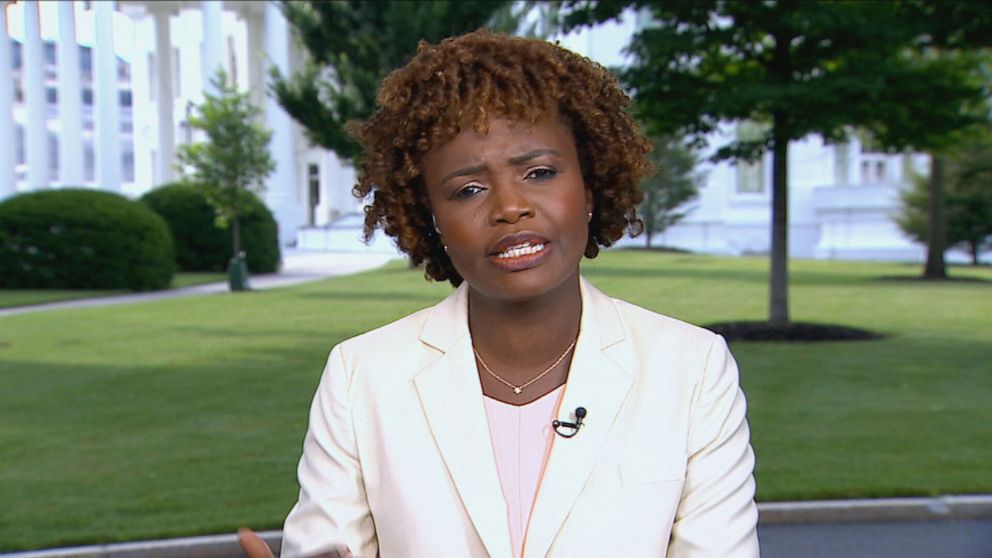