Sorry, potential home buyers, but your luck just took a turn for the worse. If you thought buying a home in a market with sustained strong demand for homeownership and low inventory (oh, and record high home price appreciation) would be difficult, throw rising mortgage interest rates into the mix. In a market of already diminishing affordability, the competition for purchasing a home just became even steeper.

It’s little secret that inflation currently poses a significant headwind to households, businesses, and the broader economy. The Consumer Price Index, which represents the average price of a basket of consumer goods and services, increased nearly 8% from February 2021 to February 2022. (Since January 1948, the year-over-year change in the CPI has averaged 3.48%, including double-digit YOY growth in the 1970s and 1980s.) As the rate of growth in the CPI increases, consumers’ purchasing power decreases. Simply stated, your dollar doesn’t stretch as far, so you must spend more money to buy the same goods and services, leaving you with less residual income for savings or discretionary items.

To combat inflation, the Federal Open Market Committee decided on Wednesday to raise the federal funds rate, the interest rate at which depository and financial institutions (that is,  banks) lend additional reserves to each other overnight. It was the first time Fed policymakers had raised the rate since 2018. After hovering between 0% and 0.25%, the FOMC elected to initiate a one-quarter percentage point increase in the fed funds rate, which now hovers between 0.25% and 0.5%. Experts anticipate six additional rate hikes this year alone (each of one-quarter percentage point), which would leave the fed funds rate between 1.75% and 2% by the end of 2022.

Why does the increase in the fed funds rate matter to potential home buyers? In short, the mortgage interest rate loosely tracks the fed funds rate. (“Loosely” because relationship is intermediated by the 10-year Treasury yield.) As the rate increases, the cost of borrowing capital, or the interest rates for credit card loans, car loans, student debt loans, and yes, mortgage loans, will also increase. This reduces household demand for big-ticket items typically financed by debt, such as cars, homes, and college educations. And most home buyers—87%, according to the National Association of Realtors—use mortgage financing to purchase a home.

Even prior to the announced rate hike, mortgage interest rates were climbing, largely in response to rises in the 10-yield Treasury yield. After reaching a record low of 2.65% in January 2021, the average rate for a 30-year fixed rate mortgage topped 3.92% in mid-February before declining to 3.85% in early March (The average rate has since risen to 4.16%). At the beginning of the year, many forecasts indicated mortgage interest rates would hover around 4% by the end of 2022, but predictions will likely be adjusted upward in response to the Fed’s signal of seven rate hikes in 2022. (It was more common to expect four or five rate hikes earlier in the year.)

In an era of record high home price appreciation, a decline in purchasing power will prove more acute to all households, but particularly to lower-income and first-time home buyers, who already face constraints with respect to income, wealth, or credit (and often all of the above). For households on the margin, or potential home buyers who barely meet the criteria to qualify for a mortgage loan, an increase in mortgage interest rates could push them into “unaffordable” territory. In other words, it could leave them unable to qualify for a mortgage loan, thereby making homeownership unattainable, at least temporarily. Only time will tell how much mortgage interest rates will rise. For now, the triple threat of high home price appreciation, limited supply, and higher (and rising) rates will continue to diminish affordability. Thanks, inflation.

Guest commentaries like this one are written by authors outside the Barron’s and MarketWatch newsroom. They reflect the perspective and opinions of the authors. Submit commentary proposals and other feedback to [email protected]

Sun Mar 20 , 2022
Each week, our survey of recent residential sales in New York City and the surrounding region focuses on homes that sold around a certain price point, allowing you to compare single-family homes, condos and co-ops in different locales. The “list price” is the asking price when the property came on […] 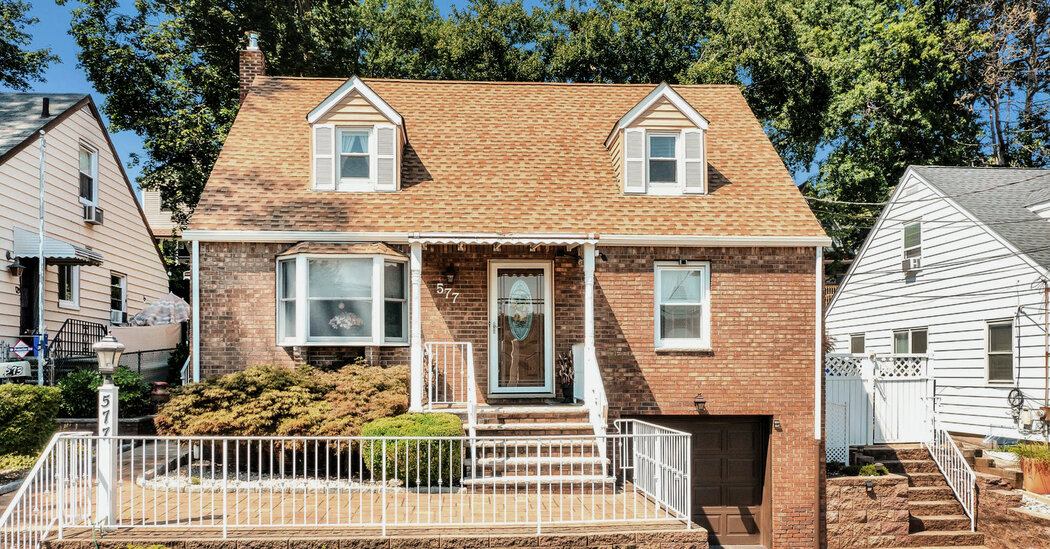