ATTOM, curator of the nation’s premier property database, today released its Year-End 2021 U.S. Home Sales Report, which shows that home sellers nationwide realized a profit of $94,092 on the typical sale in 2021, up 45 percent from $64,931 in 2020 and up 71 percent from $55,000 two years ago. Home seller profits rose in more than 90 percent of housing markets with enough data to analyze and the latest figure, based on median purchase and resale prices, marked the highest level in the United States since at least 2008.

The $94,092 profit on the median-priced home sale in 2021 represented a 45.3 percent return on investment compared to the original purchase price, up from 33.6 percent last year and from 30.6 percent in 2019. The latest profit margin also stood out as the largest since at least 2008.

Both raw profits and ROI have improved nationwide for 10 straight years. Moreover, last year’s gain in ROI – up nearly 12 percentage points – was the biggest annual increase since 2013.

The combination of rising prices and profits came during a year when a decade-long boom in the national housing market steamed ahead both because of and in spite of the Coronavirus pandemic that caused widespread economic damage in 2021 and continued to threaten a recovery that began to took hold in 2021.

A surge of buyers financially unscathed by the pandemic continued flooding the market throughout 2021. They were driven heavily by a combination of historically low interest rates and a desire by many households to trade congested virus-prone areas for the perceived safety and wider spaces of a single-family home and yard. As they chased a tight supply of homes for sale, prices spiked and so did seller profits.

A few signs that prices could flatten out in 2022 emerged late last year in the form of declining affordability, lower investor profits and rising foreclosure activity. That was layered over rising inflation and likely increases in mortgage rates this year. But the current imbalance in demand and supply suggests that there is room for at least some additional price gains.

“What a year 2021 was for home sellers and the housing market all around the U.S. Prices went through the roof, kicking profits and profit margins up at a pace not seen for at least a decade. All that happened as the virus pandemic raged on, which actually helped drive the increases instead of stifle them,” said Todd Teta, chief product officer at ATTOM. “Households that escaped job losses from the pandemic dove into the market, in large part as a response to the crisis. And the rising demand led the market boom onward. No doubt, there are warning signs that the surge could slow down this year. But 2021 will go down as one of the greatest years for sellers and one of the toughest for buyers.”

Among 173 metropolitan statistical areas with a population greater than 200,000 and sufficient sales data in 2021, those in western states continued to reap the highest returns on investment, with concentrations on or near the West Coast. The West region had 16 of the 20 metro areas with the highest ROIs on typical home sales last year, led by Boise, ID (121.8 percent return on investment); Spokane, WA (86.5 percent); Bremerton, WA (82.7 percent); Prescott, AZ (81.2 percent) and Salem, OR (81.2 percent).

Since 2011, when the U.S. housing market was mired in the aftermath of the Great Recession of the late 2000s, the national median home price has risen 109 percent.

The latest price spike came as more than 5.7 million single-family houses and condominiums sold in 2021, the highest number since at least 2005.

Aside from Boston and Phoenix, the largest median-price increases in metro areas with a population of at least 1 million in 2021 came in Austin, TX (up 25.4 percent); Nashville, TN (up 22.2 percent) and Las Vegas, NV (up 21.5 percent).

Profit margins up in almost 90 percent of nation

Lender-owned foreclosure purchases in U.S. at lowest level in at least 16 years

Among 190 metropolitan statistical areas with a population of at least 200,000 and sufficient institutional-investor sales data, those with the highest levels of institutional-investor transactions in 2021 were Atlanta, GA (19.5 percent of sales); Jacksonville, FL (18.8 percent); Charlotte, NC (18.6 percent); Memphis, TN (16.8 percent) and Phoenix, AZ (16.3 percent).

Nationwide, buyers using Federal Housing Administration (FHA) loans accounted for 8.4 percent, or one of every 12 single-family house and condo purchases in 2021. That was down from 11.9 percent in 2020 and from 12 percent in 2019 to the lowest point since 2007.

The ATTOM U.S. Home Sales Report provides percentages of REO sales and all sales that are sold to investors, institutional investors and cash buyers, at state and metropolitan statistical area. Data is also available at the county and zip code level upon request. The data is derived from recorded sales deeds, foreclosure filings and loan data. Statistics for previous quarters are revised when each new report is issued as more deed data becomes available.

All-cash purchase: sale where no loan is recorded at the time of sale and where ATTOM has coverage of loan data.

Homeownership tenure: for a given market and given quarter, the average time between the most recent sale date and the previous sale date, expressed in years.

REO sale: a sale of a property that occurs while the property is actively bank owned (REO).

Changes to zoning laws imperil 'hundreds of properties' in Manistee

Fri Jan 28 , 2022
MANISTEE — A adjust to the definition of good deal coverage could negatively effects hundreds of houses as perfectly imperil the opening of the Milwaukee Home, according to its proprietor, Marty Spaulding. At the Jan. 18 Manistee Metropolis Council conference, Spaulding spoke about how the alter to the definition of […] 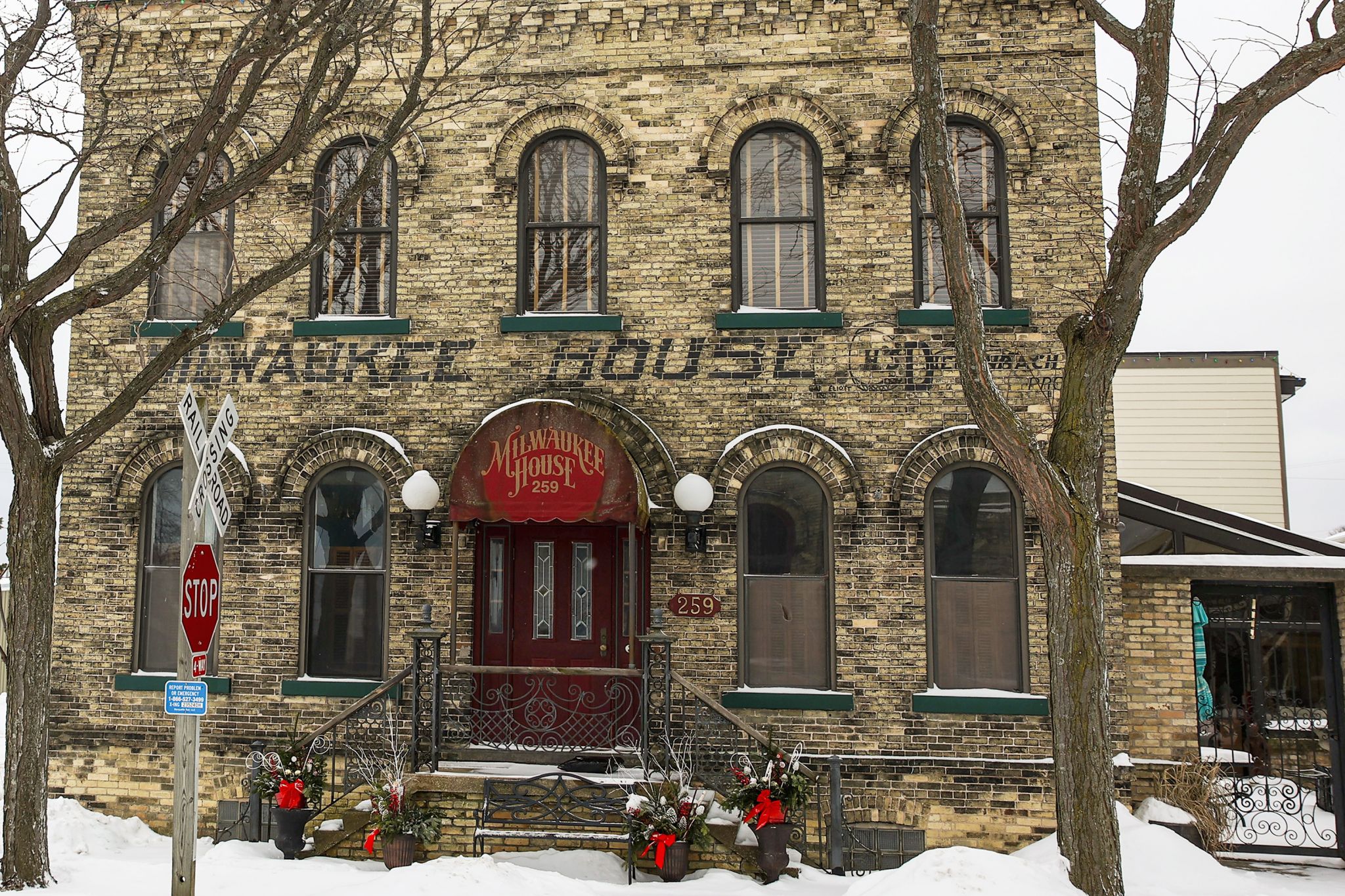