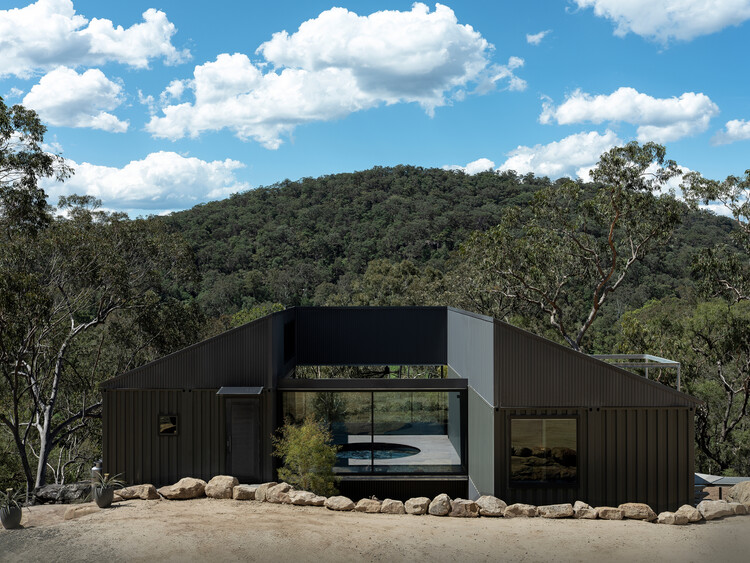 Text description provided by the architects. Colo Crossings intersects landscape and shelter in the pursuit of retreat. Located 100 kilometers north-west of Sydney’s CBD, and sitting atop a steep slope above the Colo River, the private abode recesses into its setting alongside its occupants’ withdrawal from the city in a rural effortlessness, with containment and refinement perched atop an unforgiving landscape. ‘Isolation’ takes on a new meaning as a celebration of one’s surroundings.

A 3-dimensional weave of landscape and building, the home is wrapped in bush-laden mountains from all sides, within a bend in the Colo River. Looped internal circulation alludes to the external topography, allowing occupants to move cyclically through the house alongside the passing east-westerly sun and exposed elements. The u-shaped floor plan, containing 3 bedrooms, 2 bathrooms, and an open plan kitchen and living room further wraps its arms around the occupant. The horizontal form utilizes a tri-toned color scheme, which assimilates the building further into the landscape: a black platform is anchored onto the blackened rock shelf, followed by bush green shipping containers, topped with a silvered roofscape under the reflective kinetics of the clouds.

The clients’ brief for a place to retreat was extended towards exploration; one can traverse the Colo River physically, or from behind the glazed frames of looping trails in the landscape. Horizontal sightlines of the curve of Wheelbarrow Ridge beyond are juxtaposed with unsuspecting verticality in the central volume. The roof form is characterized by a familiar hipped shape that peaks above the plunge pool, facilitating domestic nurtured amidst the rugged terrain. From the entry promenade, the house is a periphery for viewing, the glazed central walkway serving as a telescope that foregrounds the immediacy of the landscape.

Budget considerations and collaborations with consultants were used as opportunities to support the philosophy of resourcefulness and retreat. Ready-made containers and tanks, and exposed structural members, facilitated efficiencies in construction. The existing sandstone bedrock formed a natural footing which the geotechnical and structural engineers worked with to support the building in an area prone to landslides. The steel structure anchors into the rock, with exposed members as an expression of the structure; designed to withstand its context for years to come. Internally, concrete flooring and a plywood kitchen nod towards the raw, untampered surroundings. The shipping container walls and the roof are double insulated against the high diurnal range of the area, and a new concrete slab was poured into each container to facilitate thermal mass through multiple north-facing windows, in addition to photovoltaic powered in-slab heating.

The rural setting and bushfire regulations of Colo River mandate design which is idiosyncratic to its place, including self-collection and accountability for water. The peaked roof and water tanks collect water for consumption, whilst the central pool provides protection in the event of a fire. The quietly nestled form is in constant balance and antithesis with its rugged context; insinuating the potential for a quiet dip or defense against blaze at any point. 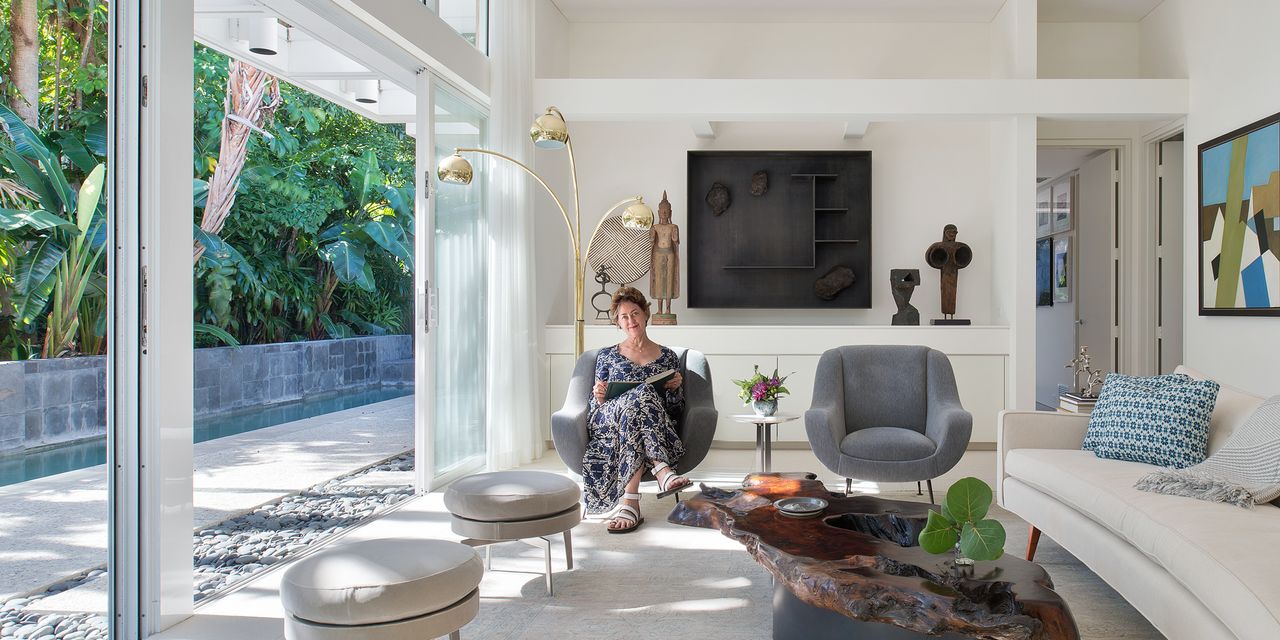