Connor Walsh is like a lot of really frustrated homebuyers these days with one notable exception: His budget is a lot bigger than most.

He’s young. He has a growing family. And he was able to sell a house for a lot more than he paid for it, enabling him to trade up to a more expensive one. Even though he’s able to spend more than $1 million, he’s been outbid on nearly a half-dozen houses, leaving him yearning for a bigger and more space.

“I sold my house and made a lot of money on it, so it’s such a stupid thing to even whine about,” he said. “These are first-world problems, but it’s crazy.”

For years before the pandemic, the most expensive houses in the Twin Cities were the slowest to find a buyer even as sales in every other price range soared.

Less-expensive houses still sell faster today. But seven-figure houses that often took a year to sell are now finding buyers in an average of just 83 days, turning the region’s high end into a seller’s market for the first time in decades.

During February alone, buyers signed 1,429 purchase agreements for houses priced at more than $1 million, according to the Minneapolis Area Realtors. That was 32% more than the previous year and the biggest increase for any price category during that month.

“My clients know once something hits, we must be there within a day and ready to fight for it,” said Sue Hewitson, a Twin Cities real estate agent who is working with several upper-bracket buyers who have been outbid.

At the end of January, she listed a timber-framed house with 75 feet of Lake Minnetonka shoreline for $1.77 million. After nearly 20 showings and an open house packed with more than 30 snoopers, the house sold for $2.1 million.

“It’s a flight to quality; people are willing to put their hard-earned money into something of quality with the intention to stay,” Hewitson said. “The mentality used to be that buyers would move every five to 10 years.”

At the current sales pace, there were enough $1 million-plus houses for sale at the end of February to last 2.8 months. That’s just shy of a record low and about half the level of what’s considered a balanced market.

Drew Hueler, a Twin Cities real estate agent who caters to upscale buyers, said that since January at least half of his $1 million-plus listings got more than one offer and sold for more than the list price.

A lot of his buyers have jobs in financial services where they’ve done lucrative mergers and acquisitions that netted big gains. A couple years ago, he said, they might have invested those windfalls in the stock market. Today, they’re sinking that money into an investment they can enjoy: real estate.

“They’re saying now is the right time to take chips off the table and invest in a hard asset,” said Hueler. “If they’re going to do the ‘forever home,’ the time is now.”

While such houses are typically the trophies of middle-aged executives and old money families, Hueler said a growing number of millennials are selling their first house and leaping up to a dream home.

For many, the pandemic upended their plans for the future. Agents say many are swapping the carefree luxury apartment they enjoyed while socializing and traveling for big houses with sprawling yards, swimming pools, outdoor kitchens and lots of multiple function rooms where the parents can work remotely while the kids can entertain themselves.

“A lot of them got pregnant during COVID and their priorities shifted and they’re spending more time in their homes,” said Hueler. “They’re not taking vacations and, all of a sudden, space became a priority.”

He recently listed several home sites in a new subdivision near Lake Minnetonka, but not on the lake. The lots, which were priced at about a half-million dollars — not including the house — sold immediately. He said most of the buyers are young professionals with growing families who are designing 6,000- to 9,000-square-foot houses with sport courts big enough to play pickleball.

Though buyers are now willing to spend hundreds of thousands more than sellers are asking, there’s one thing most upper-bracket buyers don’t want: a fixer-upper.

“If people feel like they don’t have to do anything [to the house], they’ll pay anything for it,” he said.

That prevailing sentiment worked to Amy Solarz-Patel’s advantage. In February, the Twin Cities real estate agent listed her 5,000-square-foot house in Edina for $1.9 million, received multiple offers and sold it for slightly more than she was asking.

She traded up to a French Normandy-style house in Edina that’s nearly twice the size of her previous house for a couple hundred thousand less than the one she sold.

She quickly sold her previous house, she said, because it was newer and in tip-top condition with all the latest bells and whistles. The one she bought was built in the late 1990s and clearly showed its age, she said. Her new house was on the market for a couple months, so she and her husband were able to pay the seller about $225,000 less than the asking price.

“Sellers that think this market will bring them multiple offers and top dollar without making an effort are mistaken,” she said. “We encourage sellers to do at least some updating and renovating before listing to get top dollar.”

She said that all of her team’s listings have received multiple offers and have sold for well over list.

Suzanne (Backes) Rowan, a Twin Cities real estate agent, said the high cost of building and the shortage of labor and materials is also forcing some buyers to buy what’s already built. She recently listed a nearly-new house with 50 feet of shoreline on Medicine Lake near Plymouth at the beginning of February for $1.4 million. By the next night the sellers received seven offers, all for more than the asking price. It sold for $1.7 million.

“There was so much interest we could hardly take it all in,” Rowan said. “I wasn’t completely shocked at the price point because I knew that because of the cost of construction, it’s hard to even get a contractor to build anything for you.”

The rising cost — and limited supply — of lakeshore has played a key role in the abundance of seven-figure home sales in the metro.

Walsh, the tree-service owner who has been on the hunt for a place at the lake, said his yearning for the lake life started after he bought a three-bedroom house with 40 feet of Lake Minnetonka shoreline for $895,000 during the summer of 2020.

The day after he bought the house, he bought his first boat. And with his kids still enrolled in school, they used the 2,300-square-foot house like a cabin, visiting on weekends and during summer break.

Walsh sold that house about a year after buying it because someone offered him nearly $200,000 more than he paid.

He wrongly assumed that he’d quickly find another to replace. Instead, he was outbid on about a half dozen houses on the lake including a four-bedroom, Nantucket-style house not far from the one they sold.

The house was listed for $1.83 million, so Walsh offered about $2 million. Someone else offered the same amount, but was willing to pay cash and waive all the contingencies.

“Where are these people coming from? Who has $2 million in their bank account and wants to live in Mound?” he asked. “It’s crazy.”

Wed Apr 6 , 2022
It took a tiny additional than two months to renovate a overlooked customized crafted house in the Birmingham spot into a vibrant mix of retro and contemporary. And you can see how it was done this weekend on a common truth sequence. The Birmingham space trio behind “Flipping Down South” […] 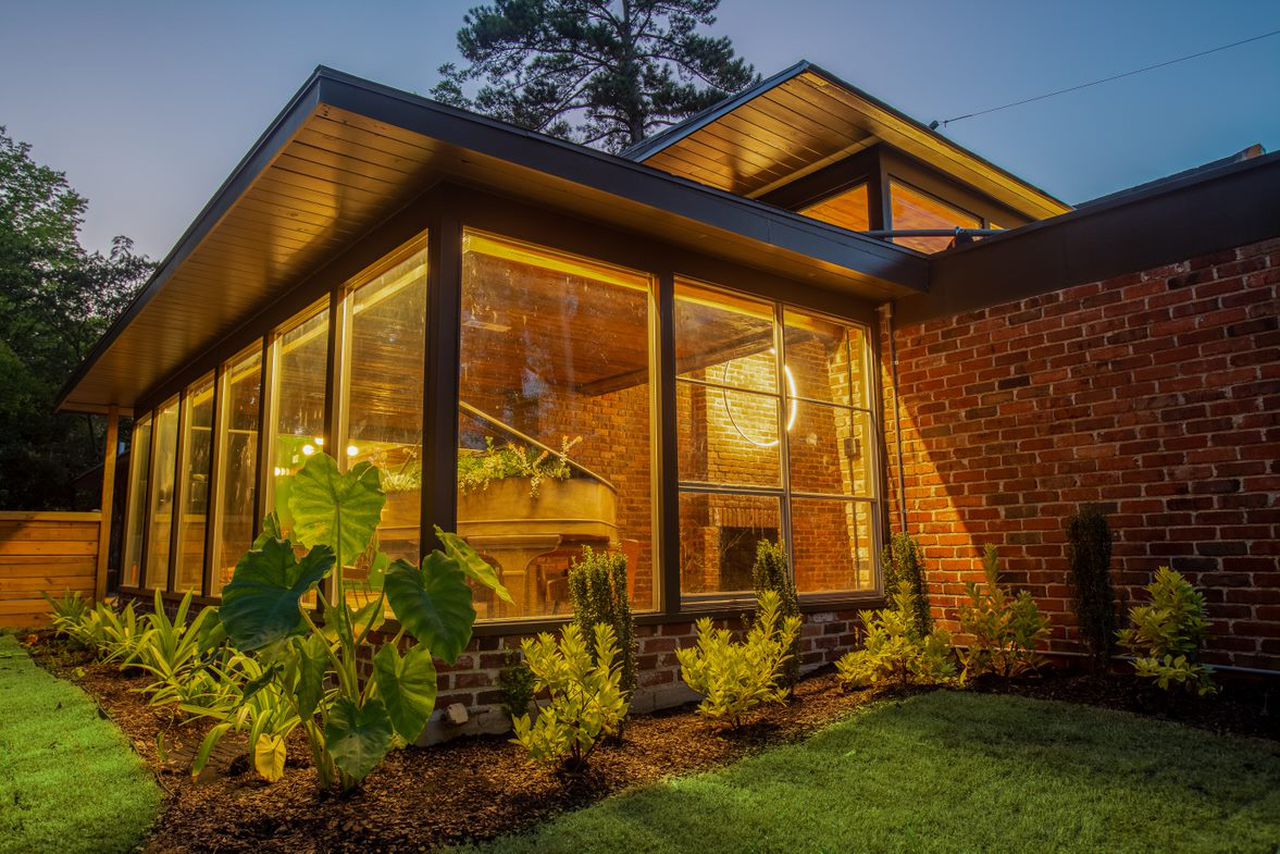