LINCOLN — Sitting in a secluded spot in Lincoln is a house that’s dark inside and out.

But it wasn’t originally built with blackened aesthetics. Seth Goodman, managing owner and broker for ME Realty in Lincoln, said the two-bed, two-bath house at 110 Edgar St. came with white-tan walls and carpeting when first constructed in 1993. The outside was tan at first, too.

The broker said he’s fascinated by the structure, which has the shape of an octagon.

“It was a unique home to begin with, so I had a unique vision for it to update it,” Goodman said.

The broker said it was all local contractors who helped bring his jet-black dream to life, down to the custom window treatments.

“They may have questioned my intentions, but they all followed through,” said Goodman.

Many denizens of the internet sure loved to see it. The property was listed on Dec. 16, he said, and was shared from his Facebook account over 100,000 times within 48 hours.

It was shared an additional 26,000 times on the Facebook page “Zillow gone wild,” and its Twitter counterpart. One Tweet read “New goth home just dropped,” before going viral.

Goodman said he’s since gotten coverage from Realtor.com, Fox News and an Australian newspaper. And he’s seen at least five TikTok videos on it.

“It’s gone everywhere,” he said. “It’s a unique design, a unique color, but I had no idea it would go that far.”

It’s looking to be a successful flip for the Lincoln broker. He said the property was listed for $250,000, and went under contract Wednesday with a possible buyer.

Goodman got started on the six-week remodeling process by adding a black roof. Then he said it “just spiraled from there.”

He then thought of going all black with the siding, and went with the same color on the deck, outside lightning, landscaping and rocks.

And by that point, all exterior features had turned black.

“I ended up liking it so much I moved it into the inside as well,” Goodman said.

He chose black paint for walls and ceilings, with white trim guiding the halls and doorways. Cabinets and interior doors were toned charcoal gray.

He said the bathrooms were reconfigured with bright white walls and there was tons of overhead lighting installed inside.

So will it become someone’s evil lair, or a future haunted house?

That’s to be decided by its potential buyer. Goodman said they’re not local to the area.

Looking back, he called the rehab experience “wild.”

“I’ve had several properties over the years that have been shared often, but not like this,” he said. 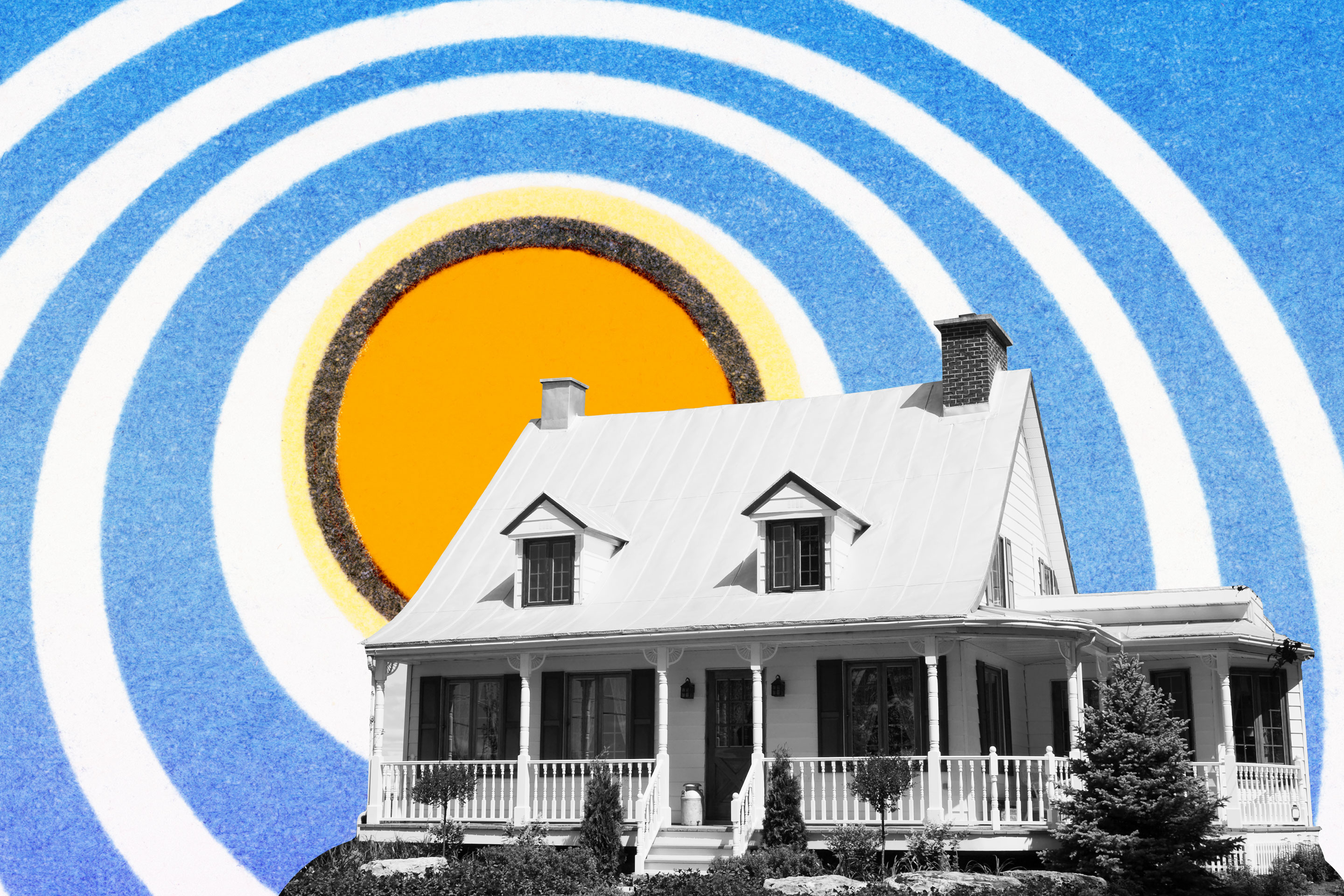